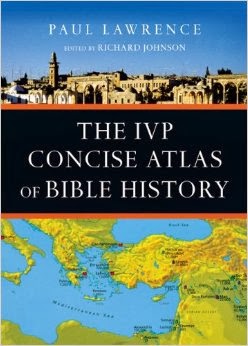 This volume contains the latest findings of historians and archaeologists. From the origin of the Bible & Creation all the way through to the beginning of the New Testament Church and spread of early Christianity around AD 337.

The Concise edition benefits from a four-color design with highlight images, maps and charts is a must to any student of biblical geography, history or anyone just interested in knowing more than what the maps at the back of your Bibles shares. Its designed to be read at various education levels so that everyone from teachers to laypeople can understand the mapping of the Bible. This lightweight version will be a welcome addition to any course work at the college or graduate school level and serve as a great companion for personal or group study.

Paul Lawrence studied Akkadian, Hebrew and Near Eastern archaeology at University of Liverpool. He earned his Ph.D for his work on the relationship of Assyrian generals to the king. He is currently working on Bible translations for SIL International and is the author of The Books of Moses Revisited.
Posted by FaithAndKnowledge at 8:41 PM No comments:

Open the eyes of the Watchmaker 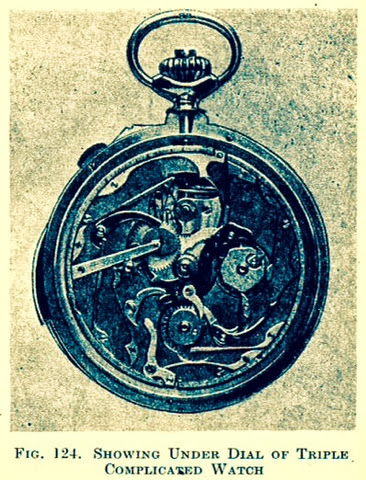 There are many scientific camps that are beginning to open their minds to consider the philosophical and scientific worldview espoused by the Intelligent Design movement. As discussed in Dr. Fazale Rana's book The Cell’s Design, the best way to use biochemical information to make the case for intelligent design rests on analogical reasoning in the tradition of Watchmaker analogy. While men like Richard Dawkins have tried to discredit this analogy by declaring the watchmaker to be blind, his perspectives can't overcome the obvious glaring truths that the systems found in nature beg for a designer.
The similarities between man-made information systems and those found in the cell, expressed in the form of an analogy, logically and reasonably leads to the conclusion that biochemical design is intelligent design. Based on this line of reasoning, life does indeed appear to be the work of a Creator.
The Cell, in its highly complex form shows what many secular Origin of Life scientists like Leslie Orgel and Paul  Davies concede as design elements. Like the amazing mechanical engineering that is witnessed in the bacterial flagellum with its universal joint, propeller, drive shaft and rotor. Hume’s old and outdated argument that these appearances and analogies don’t stand up to the rigors of science have begun to diminish even more in the current light of proper analogical reasoning. There still is an unfortunate tendency within certain apologetic circles to take less convincing arguments and use them, due to their appeared value in a non-academic world. This only hurts the apologists ability to seem Relevent to modern science.
However when you look at the biological arguments that stand up to reasons exam, you will find that many of the best arguments are those that have similar findings as man-made machines. Dr. Rana looks at a few instances where nanotrechnology seems to attempt to mimic the natural order of the cell to create machines, however even in our abilities we are unable to create an exact replica of the complex machines that exist within the cell.
The strength of the argument lies within the ability of the cell to continue to impress and confound those scientists that are trying to explain away the clear general revelation that is witnessed within the world. To this I say, keep the open mind to reason that you declare to have and as more fingers point to an intelligent designer be willing to accept this just as you would any other hypothesis that after continued testing shows itself to be true. Don't just relegate the I.D. Movement to the far corners of the philosophy or theology department but as other scientists have begun to open their eyes to it, you do the same.

Posted by FaithAndKnowledge at 7:59 PM No comments: