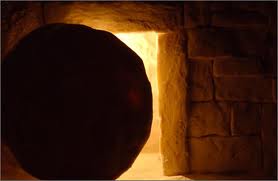 Basically the story of the resurrection of Jesus has some major flaws from our modern believability perspective and commercial appeal. The Gospel writers had the idea all wrong,  if they were going to make up this story about a resurrection it should have looked totally different if they wanted it to be easily accepted by everyone.
There are 7 basic points raised by New Testament Scholar and historian N.T. Wright as to the perspective of the Christian Resurrection story verses the Jewish traditions. Remember the people of the time of this situation were Jewish and this idea of Jesus as the Messiah was not only THE single most radical thing to happen in their history, this includes a burning bush, parting of the Red Sea, world-wide flood, plagues of  hemorrhoids (1 Samuel 5 look it up) but it was also challenging everything they had believed up to this point. Their heads must have been swimming at this new idea of a Resurrected Savior.
Here they are in short (I recommend reading the entire book noted at the end of this)
The 7 points:


These specificities make the Christian claim unique. And in so doing put more validity to their authenticty.

So what do we say from here, if the Gospel writers (Matthew, Mark, Luke, John) wanted to make it easy to believe the resurrection they would have changed a few things.

So in all of this we see such apparent lack of a good publicist, and bad customer research to make this story more palatable, what can be said to defend why it has lasted as long as it has?
Beyond saying "well because Jesus is who He said He is." We see two very evident things that must have historically occurred:


The thought that it was mass hysteria or visions of a ghost was easily put to rest by simply visiting the empty tomb. Plus remember in Jewish culture they had NO REASON to believe that one would be raised from the dead so to see a risen Jesus would have to contradict their root system of belief and had to be so evidently factual and obviously really HIM for 1000's to believe it and change their lives and history forever.

Based on the evidence historians from both religious and secular backgrounds (how one still could be after this I'm not sure) agree that the evidentiary historicity of the Resurrection is accurate.

During this season, when so many people go to church to get their yearly Jesus fix, but remember that when He came here, He came not to just give us another day to do something special but he came to change the hearts of man for all time. This is a time to do what many of the Jews of that time did, think long and hard about the evidence before you, they were challenged they had questions, remember this was literaly the SINGLE GREATEST CHALLENGE to their faith they had EVER seen, Jesus was claiming to be THE Messiah, the one they had all been waiting for, if he was that would change everything FOREVER, and it really had,  there is clear evidence that this is true, and it can be backed up and verified by men much smarter than I, has to this date stood the test of time. If you still have questions or want to know more read your Bible, and to get the full historical textual evidence  read The Resurrection of the Son of God, by N.T. Wright.

Have a blessed Easter,
Randy Chase

Based on:
N.T.Wright's dialogue with Antony Flew.
Flew, Antony, and Roy Abraham. Varghese. There Is a God: How the World's Most Notorious Atheist Changed His Mind. New York: HarperOne, 2007. Print.