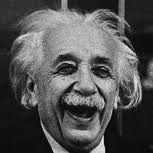 I'm reading A Brief History of Time by Stephen Hawking, again, and my mind is being blown away by the Biblical/Scientific idea of relativity.
Einstein’s theory of general relativity gives us an interesting perspective of space-time and what is called geodesic, basically the view of the earth is curved and if we were to view an airplane in the sky, while it looks like (from the perspective of the earth) that the plane is flying in a straight path it is actually  flying in a geodesic curve following the earth. Hence the reason that it may appear to fly over the curve of a far off mountain, while in the plane one still feels the sensation of straight line flight, but the farther from the earth you move the more evident the geodesic curve becomes.
Light rays follow the Geodesics in space-time. Meaning that as gravity diverts or bends the rays of light when they pass by the sun it may appear that ray is moving in a straight  three dimensional line when really it is following a two dimensional curve.
Time likewise slows the closer to a great mass like the Earth you are. If you look at the earth from the plane cars on earth appear to move slower than if you are sitting the side of the road.  There was also a test done called the twins paradox that states if two twins were to go and one lived at sea level while the other moved to a high mountain when they met again the one at higher elevation would have aged slower. It would be very small but if one were to be sent on a spaceship for a long trip, when he returned he would have aged much slower.
In this same perspective we are able to confirm Einstein’s theory of general relativity, by seeing the rays of a distant star while appearing to be in a straight line actually curve as they travel closer to the gravitational pull of the sun. Therefore the perspective of the star we see is really only a past representation of the light that has passed the sun. We don’t see the star as it appears today, but rather the light that originated many years prior due to the speed of light and the distance traveled.
If we were to look therefore at the earth from the perspective of a definitively far off distance then what would look to us like a day would rather appear in a shorter time frame. Therefore the Biblical “a thousand years is as a day in the eyes of God” Psalms 90:4 would be a scientifically accurate biblical perspective of the portrayal of Einstein’s theory of general relativity. 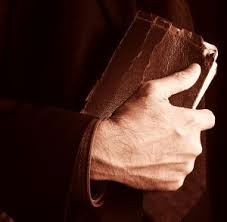 Time and again we see science match what has been spoken of in the Bible, for so many years people have attempted to “outsmart” it but only to walk directly back into its truths.