Review True Reason: Christian Responses to the Challenge of Atheism 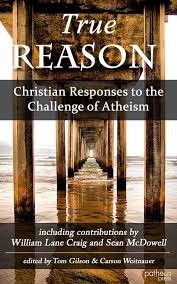 I have read many of the books on both sides of the debate myself, from God Delusion, God is not Great, Portable Atheist, and many others, by Harris, Dennett, Dawkins and Hitchens, as well as the "oldies" by Darwin, Russell, and others. Being well versed on the New Atheist perspective and also a university level educator. I can say that this book holds reason and rational thinking to the light. It is not personal digs or venting half-cocked ideologies like those who are claiming to be the "brights" or the reasonable ones of the New Atheist Leadership. True Reason is simply straightforward easy to read and logically laid out.
This book very clearly and without the sarcastic belittling (that many New Atheists write with) held the feet to the fire of the outrageous, ridiculousness, and often just misguided claims made in many of the aforementioned books.
I feel like regardless of your personal belief or unbelief, if you are truly interested in Reason and Rationality, and not an obfuscation of bad historicity, poor rules of logic, or sophomoric philosophy (though as Alvin Plantiga says, that is even unfair to sophomores) then this book is well worth the nominal price.
Unlike Michael Ruse, philosopher of biology at Florida State University. Who said "The God Delusion makes me embarrassed to be an atheist."
True Reason makes me proud to be a Christian.

Posted by FaithAndKnowledge at 9:39 PM